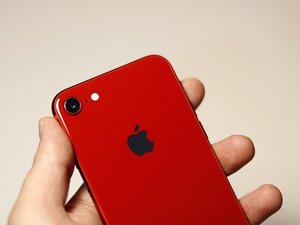 Do you own an iPhone 8? If so, you may have problems. Apple has recently reported that a small percentage of iPhone 8s “contain logic boards with a manufacturing defect.

Affected devices may experience unexpected restarts, a frozen screen, or won’t turn on.”

The company has isolated the defect to phones manufactured between September 2017 to March 2018, in Hong Kong, India, Japan, China, New Zealand, Macau, and the United States.

To find out if you’ve got one of the impacted iPhone 8s, head to the company’s website and use the tool they’ve placed there, entering your phone’s serial number. If your phone is one of the defective devices, Apple will repair it free of charge for up to three years after the sale.

Note, however, that some types of damage may incur fees to repair, specifically in the instance of a cracked screen or similar.

Apple’s handling of the issue has so far been quite good. They were quick to acknowledge the mistake and isolate it to a very specific frame of time, and equally quick to create a checking tool. Their repair policy is generous, as is the impressive three-year window.

It’s unfortunate that the manufacturing error occurred. However, the reality is that many companies would not have been as forthcoming as Apple has been, nor as generous with their repair policy.

Kudos to Apple for their handling of the issue. If you’re considering buying a new iPhone, don’t let this hiccup change your mind. Although the company isn’t perfect, you’ll find few companies that can top Apple in terms of taking care of their customers. There’s a reason their customers are more like fans, and companies of all shapes and sizes would do well to emulate Apple as best they can.