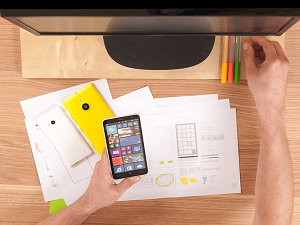 If you’re managing a company of any size and interested in copying from some other firm’s playbook, Apple is almost always a good choice.  Even the folks at Google seem to think so.

The search giant recently announced a plan to tighten the integration between Android/Chrome and Windows to create a seamless and hassle-free user experience.

One important first step down that road is Google’s introduction of “Fast Pair.”  Working with Acer, HP, and Intel, the company is aiming to make it quick and easy to pair your Windows PC with your Android phone.

Once the link between the two has been established users can then easily set up Bluetooth accessories, sync text messages across interconnected devices, and even share files using the company’s “Nearby Share” feature.  Development is already well underway, and the company reports that users should see this new functionality appearing on select PCs later this year (2022).

The company is also extending the Fast Pair concept beyond just desktop PCs and is hoping to bring that same kind of functionality to a wide range of wearables, cars and even things like TVs and other smart devices.  For example, if you own a Chromebook it is already capable of detecting your Fast Pair-enabled headphones when you turn them on, allowing you to connect them with a single click.

That ties in with Google’s vision of Ambient Computing.  Ultimately the goal will be to tie all of your smart devices together to create a seamless whole that’s easy to use and vastly more convenient than the world we live in today.

It will undoubtedly be a long road.  Apple has a head start on everyone but all of the major tech companies are moving in that direction. It won’t be long before our already highly connected world is even more tightly integrated than it is today and that is a very good thing.