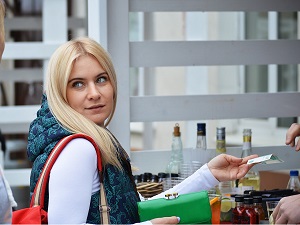 Another week, another data breach. This time, the target of the breach was North Country Business Products (NCBP), a company that makes point of sale (POS) terminals for businesses.

Although NCBP was the target, they weren’t the ultimate victims of the breach. Hackers infiltrated NCBP’s network and installed malware onto the company’s POS terminals.

These were then sold to businesses around the country. In all, according to the latest information published by NCBP about the incident, a total of 139 business locations received these poisoned POS terminals. This allowed hackers to gain control of any payment information processed through those terminals.

In all, NCBP POS systems are installed in more than 6500 locations nationwide, meaning the scope and scale of this breach was approximately 2 percent of the company’s installed terminal base.

So far, North Country’s handling of the incident has been admirable. The breach occurred on January 3rd, 2019. The company discovered it on January 30th, but noted that the attackers ceased all activity on January 24th when they began detecting investigators probing for their presence.

NCBP has informed law enforcement, enlisted the aid of a third-party forensic investigator, and have published a list of all infected POS terminals on their website. All of the invested terminals are bars, coffee shops, or restaurants, with an even mix of standalone businesses and franchises.

The investigation into the matter is still ongoing. As yet, NCBP and the agencies assisting them have not determined exactly what the impact is or has been for each of the affected businesses.

All that to say, if you own an NCBP POS device, be sure to head to the company’s website to find out if your business is on the list of impacted customers. If so, you may have already been contacted by the company.