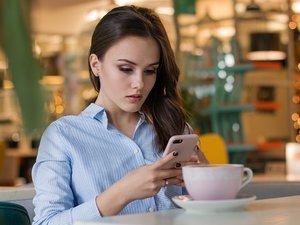 Tech Support scams are nothing new, but they are getting increasingly sophisticated. Worse, tech giants like Google are finding it notoriously difficult to detect them.

A report recently released by the venerable data security firm, Symantec, indicates that tech support scammers are increasingly integrating call optimization into their schemes, which allows them to insert phone numbers into web pages dynamically. Among other things, this allows the scammers to display the phone number of someone who speaks the language of the victim, which makes the whole act more convincing and much more likely to succeed.

In recent years, tech support scams have begun promoting their “services” via ads, where they claim to be legitimate, authorized service centers for companies like Apple, Microsoft, or Dell. The brand recognition and professional presentation combine to put their victims at ease.

They’re so slick and professional, and their “employees” so good at mimicking the employees of legitimate service centers that it can be virtually impossible to tell the real companies from the fake ones.

David Graff, Google’s Director of Global Product Policy had this to say about the matter:

“For many years, we’ve consulted and worked with law enforcement and government agencies to address abuse in this area. As the fraudulent activity takes place off our platform, it’s increasingly difficult to separate the bad actors from the legitimate providers.”

Google is taking steps to try and combat the rising threat. Recently, they’ve made a change to their policy as it relates to tech support companies, only accepting ads from verified third-party support vendors.

Even with this added layer of protection, however, the tech support scam is thriving. Scammers have already begun taking steps to get around the new restrictions by cold-calling their victims. For the most part, this has proved to be a successful tactic for them. However, in at least one instance, where the scammers called the New Zealand Police, it ended quite badly for the criminals.