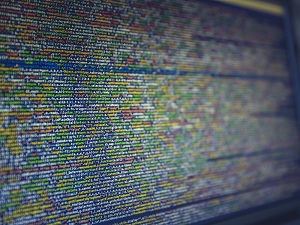 There was a day when worms were once common, terrifying threats on the internet. In the early days of the world wide web, there were a number of famous attacks that were considered highly advanced for their time.

Time and technology have moved on of course, and these days, modern malware is significantly more advanced.

Except for KBOT. KBOT is a blast from the past. Recently discovered by Kaspersky researchers, KBOT has been dubbed “the first living virus in recent years that we have spotted in the wild.”

They describe the virus as follows:

“KBOT poses a serious threat because it is able to spread quickly in the system and on the local network by infecting executable files with no possibility of recovery. It significantly slows down the system through injects into system process, enables its handlers to control the compromised system through remote desktop sessions, steals personal data, and performs web injects for the purpose of stealing users’ bank data.”

As you can see from this brief description, this piece of malware might be old school, but it’s a serious threat. By destroying the files it infects, it’s not just a matter of getting rid of the infection. Invariably, you’ll have to reinstall all the infected code on the PC.

In addition to being a highly destructive virus, it’s also designed to steal vast quantities of data. Then it makes a priority of connecting to its command and control server once it establishes a hold so it can send back any data it’s been coded to target.

If it’s not already on your radar, it certainly deserves paying attention to. If you find yourself unfortunate enough to be on the receiving end of a KBOT infection, know that it will cause a tremendous amount of damage and bring your network to its knees before you get it under control.