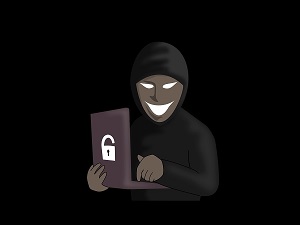 Unit 42 is a research division of Palo Alto Networks. Their researchers have discovered a sneaky and surprisingly effective phishing campaign that appears to have been launched in January of this year (2020).

When targeted by this attack, a user will get an email containing abraded document containing the name of a legitimate cybersecurity provider.

The name of a known cybersecurity provider alone generates a certain amount of trust in the reader. In addition, the email contains a password-protected document, which naturally is the kind of security that a company in the security business would utilize.

Most of the emails contain subject lines that indicate the recipient is entitled to a refund or a free security product upgrade. That builds on the trust already established and gives the user an enticement for opening the enclosed file that has been password protected “with their security in mind.”

Naturally, nothing could be further from the truth. If the user unlocks the protected file, he or she unwittingly enable the macros embedded in the file, which will then activate and install the NetSupport Manager. The manager is surprisingly a completely legitimate remote access control program but used here for nefarious purposes.

As long as it’s running quietly in the background, it gives the people who sent the email a secret inroad into the machine and the network it is connected to.

Not only is the use of a known cybersecurity firm name a sneaky bit of social engineering, but the use of a perfectly legitimate remote connection tool is as well. That is because no antivirus software on the planet would flag the tool, which gives the hackers using it in this way a completely untraceable means of gaining access to a wide range of networks.

Be on your guard against this threat. It’s insidious, and the folks behind it could do a lot of harm to your company.