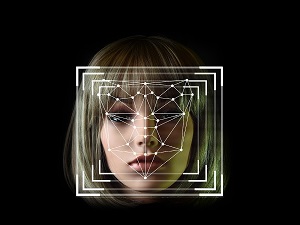 Skynet just took a step closer to becoming a reality. The word, of course, refers back to the hit movie, ‘Terminator,’ in which a computer network gained sentience and decided to do away with the human race.

While Microsoft’s latest advances in AI aren’t Skynet, their new, and recently touted AI image description routine is so good that it’s scary.

Describing an image accurately is a really tough problem for a computer, because of course, humans have a vast, rich body of experience to draw from when defining and ultimately describing what we see. Codifying that so a computer can draw on it has proven to be a daunting task.

It hasn’t stopped companies from trying though, and in 2016, Google was the first company to make a big breakthrough, reporting that their AI could caption images nearly as well as humans, with a shocking 94 percent accuracy. This is big news.

In the words of Eric Boyd, the CVP of Azure AI:

“Image captioning is one of the hardest problems in AI. It represents not only understanding the objects in a scene, but how they’re interacting, and how to describe them.”

Now, Microsoft has upped the ante with their ‘Seeing AI’ app, built for visually impaired users, which creates a real time, running narrative of the world around the person using the app. According to a recent Microsoft blog post, their new routine is nearly 99 percent accurate, and the new app will make it easier than ever for visually impaired users to navigate the web.

This is big, exciting news, and it’s interesting that the company is rushing the product to market. Beating a benchmark is one thing, but it remains to be seen how effective the new app will be. One thing’s for sure though, we’re anxious to find out, and also, possibly a shade nervous too.