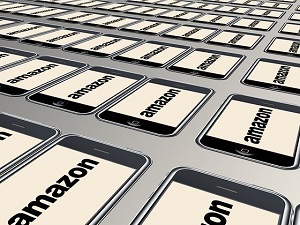 Have you heard of Amazon Sidewalk? If not, it’s definitely something you should be aware of.

Depending on your point of view, the new feature, which was enabled by default on a wide range of Amazon devices by default on June 8 of this year (2021) is either unbelievably awesome or incredibly troubling.

The idea is simple: It’s a technology that allows all of your Amazon devices to be connected to your network with little to no fiddling. You don’t have to worry about logins or settings, you just plug your new device in and it’s ready to go. Like magic.

In particular, as of the time this article was written, it works on the following devices:

The “Sidewalk Bridge” was designed to fill the gap between the network you have set up inside your home and devices that utilize low-power wireless connections like BLE (Bluetooth Low Energy).

The spectrum used by these devices have a practical range of about half a mile. If the Sidewalk Bridges in your house are enabled, which again, they are, by default as of June 8th, they allow anyone who walks by your home to automatically connect.

While it wouldn’t be possible to walk past your neighbor’s house and stream a movie from Netflix using the technology, it inevitably has the effect of co-mingling the signals of your Echo devices and those belonging to your neighbors. That in turn creates a low energy mesh network that could potentially cover your entire neighborhood, and perhaps even beyond.

While this sounds like it would be absolutely fantastic, it does have some serious security implications. You should consider carefully whether or not you want to leave the Amazon Bridge enabled, or you’d prefer to opt out until all of the kinks are worked out of the system.

If you’d prefer to opt out, on your Alexa mobile app, go to More -> Settings -> Account Settings -> Amazon Sidewalk. Note that you cannot disable this feature from your desktop, so you’ll have to use your smartphone or tablet.