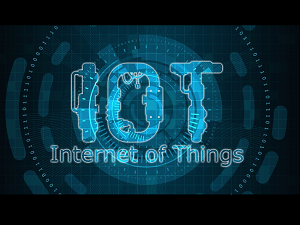 The Internet of Things (IoT) has seen explosive growth in recent years.

If you like, you can now build your own smart home with intelligent toasters, washing machines, dishwashers, and refrigerators. They are all connected to your home network, and they all make vast amounts of data available to you at your fingertips.

Unfortunately, security is slim to non-existent on most of these “smart” devices.  We’ve seen botnets enslave those smart devices and put them to use in a wide range of malicious ways. Although many industry experts have been sounding the alarm, few of the smart device manufacturers have taken much of an interest in bolstering security on the products they sell.

The good news is that Microsoft may have an answer.  The Redmond giant recently released Microsoft Defender for IoT in a bid to secure smart TVs, printers, washing machines, and any other “smart” device you may have connected to your network.

The company previewed Defender for IoT in the waning days of 2021.  Back then it was called Azure Defender for IoT and before that it was Azure Security Center.  By any of those names however, it’s the same code and it’s clear that plugging this gigantic gap in device security has been on Microsoft’s radar for quite some time.

Now at last, the product is ready for a proper unveiling and it’s a solid solution. That is especially given the fact that it integrates seamlessly with Microsoft 365 Defender, which millions of users the world over already rely on.

Michal had this to say about the new product:

The new capabilities allow organizations to get the visibility and insights they need to address complex multi-stage attacks that specifically take advantage of IoT and OT devices to achieve their goals.

Customers will now be able to get the same types of vulnerability management, threat detection, response, and other capabilities for enterprise IoT devices that were previously only available for managed endpoints and OT devices.”

If you have one or more smart devices connected to your network (and you probably do), you need Defender for IoT.  Kudos to Microsoft.