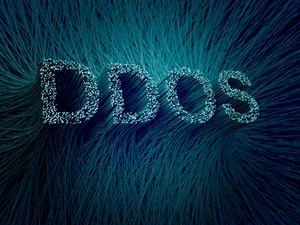 Microsoft announced the Azure DDoS IP Protection released as a public preview on October 19, 2022. Small and medium-sized businesses (SMBs) can now benefit from DDoS protection with a pricing model customized to their specifications.

Azure’s global network provides cloud-scale DDoS protection so that users can defend their workloads against sophisticated DDoS threats. Users can minimize false negatives while protecting their apps and resources by tuning the application’s scale and actual traffic patterns. In near real-time, users can monitor and respond to DDoS attacks based on visibility into the attack lifecycle, vectors, and mitigation.

With Azure’s firewall manager, users can manage their DDoS protection and other network security services in one place. Microsoft Defender for Cloud security sends alerts and recommendations to the user. In addition, Microsoft Sentinel’s rich attack analytics and telemetry integration allow users to strengthen their security measures.

Upon enrollment, customers can enable the Public IP Standard SKU with DDoS IP protection in selected regions. Within the Azure Preview Portal, the SKU can be managed under the Azure DDoS Protection configuration window.

Billing for the new DDoS IP Protection will begin on February 1, 2023.

DDoS IP Protection is an excellent solution for SMBs that need to secure their public IP addresses against DDoS threats. It offers similar capabilities as DDoS Network Protection but at significantly lower prices. This makes it an ideal choice for small and medium-sized businesses looking to take advantage of Azure’s world-class DDoS protection without breaking the bank.