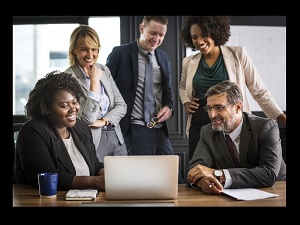 Apple’s latest iOS release contained a feature that wowed and excited its massive user base. Group FaceTime. It was heralded as ‘the next Big Thing’ in the Apple ecosystem.

Unfortunately, there are problems, and the company has been forced to temporarily disable the feature while they wrestle with a major security flaw.

A bug in the code allows anyone to add themselves to a FaceTime call before the recipient picks up, which fools the app into thinking it’s an active call, which in turn, forces the person you’re actually calling to start transmitting audio.

To their credit, Apple responded to the discovery of the flaw very quickly. As of now, the service has been disabled on the server side while they dig more deeply into the issue to find a permanent fix. Early estimates are that Apple will have a fix ready to roll out by next week, so it’s possible that by the time you read this article, the fix will already be in.

In any case, if you use Apple FaceTime, the company is recommending two practical steps to make sure you’re not being spied on:

First, check to see if the update is ready. If so, by all means, install it immediately. If it’s not ready yet, the second step is to go into your iOS settings and disable FaceTime altogether. Note that if you’re using FaceTime on a Mac, you can disable it by opening the app, selecting ‘Preferences,’ then un-checking the box labeled ‘Enable this Account.’

The problem was serious enough that it even prompted New York governor Andrew Cuomo to issue a consumer alert last week, warning residents to disable the app and urging Apple to fix the issue immediately.

Given how important this feature is to the company, you can bet that they’ll have the issue resolved quickly. We just hope that the company doesn’t discover additional flaws in the weeks and months ahead.